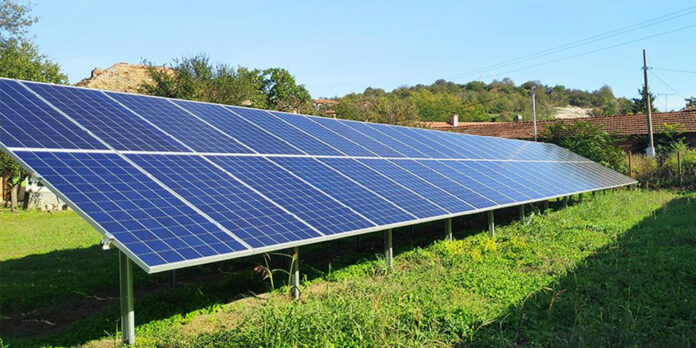 A solar system is a power station that generates energy by utilizing sunlight. Large-scale, high-capacity solar systems like a 30-kilowatt solar power system are frequently helpful for powering commercial and industrial structures. A 30kw solar system is suitable for residential buildings, such as extensive roofs or offices with significant energy requirements.

A standard 30-kilowatt solar power system consists of three or more inverters, two or more charge controllers, and one or more combiner boxes. For use in the building, the inverters convert the direct current that the solar panels produce into AC power. Charge controllers control the system’s electrical load by preventing overcharging batteries and ensuring enough energy is always available to fulfill demand. A combiner box finally gathers the DC electricity from each inverter and feeds it into a single circuit breaker panel.

The on-grid solar system collects sunlight and uses PV panels to turn it into power. It then feeds this electricity into the grid so other users can use it. Due to their connection to the electrical grid, these systems may produce energy when required and transmit extra energy back to it when it is not. A battery bank is also a part of the 30kw on-grid solar system. It stores extra power generated by PV panels during high production so that it can be valuable later when production falls short of demand.

30kw off-grid solar systems are a type of solar power system that can generate electricity without being connected to the electrical grid. A battery bank and an inverter are generally included in off-grid systems. The inverter transforms the DC power from the solar panels into AC power that individuals can use in their homes. When there is no sunshine, the off-grid system is often built to supply enough electricity to power your essential home appliances, such as the refrigerator, lights, and water pump.

Thanks to the battery bank, which stores it, you can use the solar panels’ electricity after sunset or when there is no sun. If you reside in a region with unstable grid electricity or where the cost of having a grid connection would be prohibitive, off-grid systems are a suitable choice. Off-grid living arrangements are ideal for those who desire to lead more sustainable and independent lives.

A hybrid 30-kilowatt solar power system combines both on- and off-grid solar energy sources and utilizes one or more solar panels. A hybrid solar system consists of a battery bank and an inverter. For use in residences or businesses, the inverter transforms the DC electricity generated by the solar panels into AC electricity.

When there is not enough sunlight or at night, the battery bank supplies electricity by storing extra energy from the system. Because it gives you more freedom in terms of when you may utilize your solar electricity, this kind of setup might be helpful. In other words, if you get a hybrid solar system installed at your home or business, you won’t need to rely on the grid as much.

The most sustainable and cleanest form of energy is solar energy. Additionally, it is the most prevalent type of renewable energy. A 30-kilowatt solar power system can more than meet an ordinary home’s energy requirements. A 30kw solar system may be worthwhile if you are searching for a long-term one.

6 Tips on How to Find the Right Jersey Fabric

Five Methods Of Getting FUT Coins In A FIFA Game

Android 10: All the items You Should Know About The New...